Liberal Democrat councillors in Harpenden have spoken in praise of the new Eric Morecambe Centre after attending its opening ceremony.

The centre, which includes a 511-seat theatre, was officially opened on 16 October by the Mayor of St Albans Edgar Hill, and was attended by Harpenden Liberal Democrat councillors Allison Wren, Paul de Kort (pictured) and Pip Liver, as well as the Mayor of Harpenden Paul Cousin and Eric Morecambe’s daughter Gail Stuart. 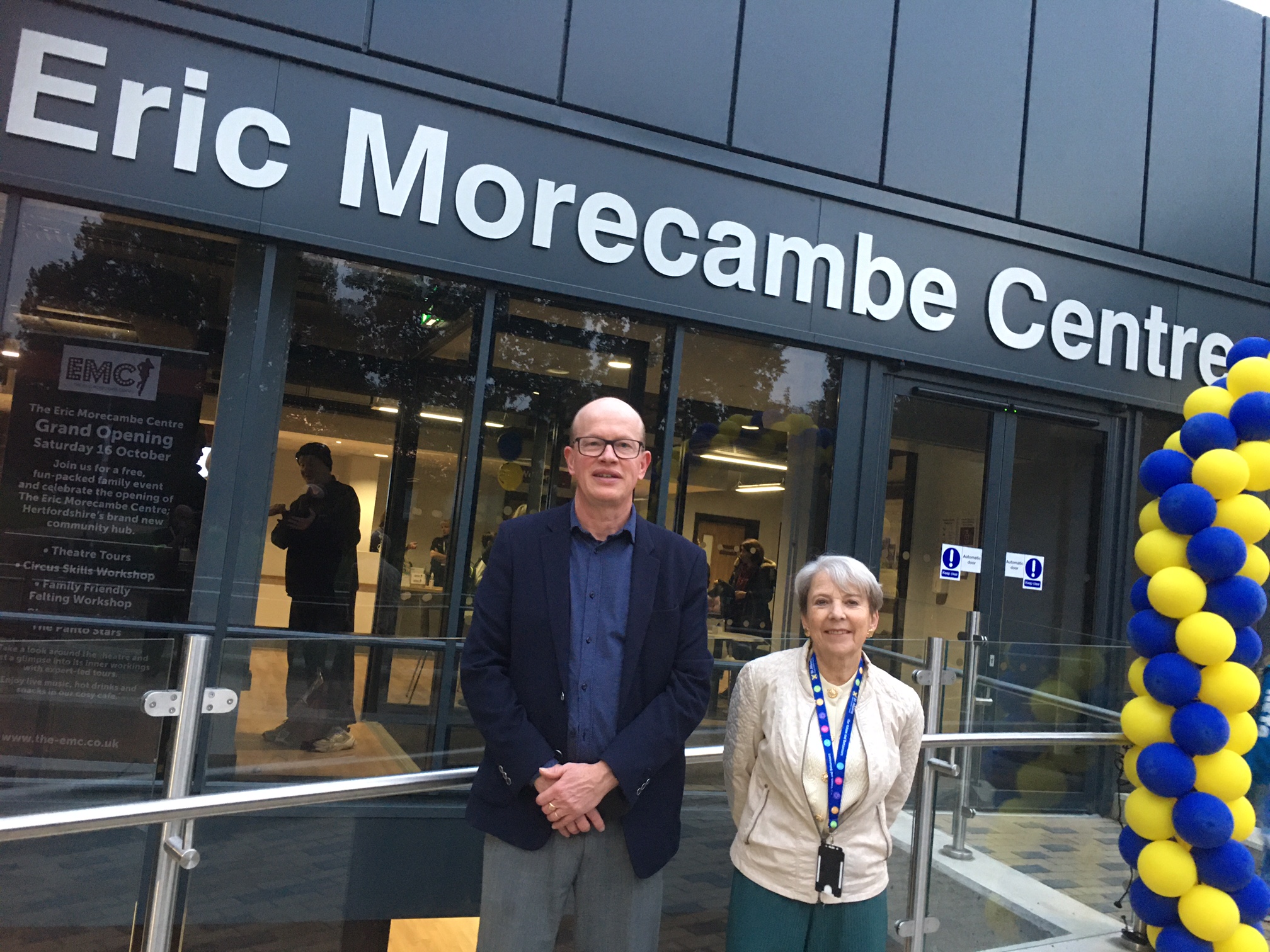 Based in Rothamsted Park, the building was formerly the Harpenden Sports and Leisure Centre, which underwent a huge refit as part of a £20m project that also includes the new Harpenden Leisure Centre. It’s now been named after late comedian Eric Morecambe, who was a Harpenden resident.

Liberal Democrat councillor for Harpenden North Allison Wren said: "It was such an honour and pleasure to be part of the opening of Harpenden’s brand new state-of-the-art cultural centre. This attractive multi-user building will be a real asset to Harpenden and already boasts a fine line-up of events, featuring both local and national entertainers."

Paul de Kort, a Liberal Democrat district and county councillor in Harpenden, added: “I’m really pleased that the centre is going to be run as a community as well as a cultural space. Both uses will help bring us further together in this recovery period.”

Both Allison and Paul say that they are also looking forward to the centre becoming home to the new Harpenden Museum, which will include a purpose-designed display and archive storage units on the ground floor of the centre. According to the Harpenden & District Local History Society, which is leading on the project, it is hoped that the Harpenden Museum will be open by summer 2022.

Prior to attending the opening ceremony, the councillors had already been involved with the Eric Morecambe Centre following concern from community groups over potential steep rises in usage fees compared to those previously charged by the Public Halls. Allison and Paul were able to work with service provider 1Life in order to ensure a reasonable and fair pricing structure was put in place.